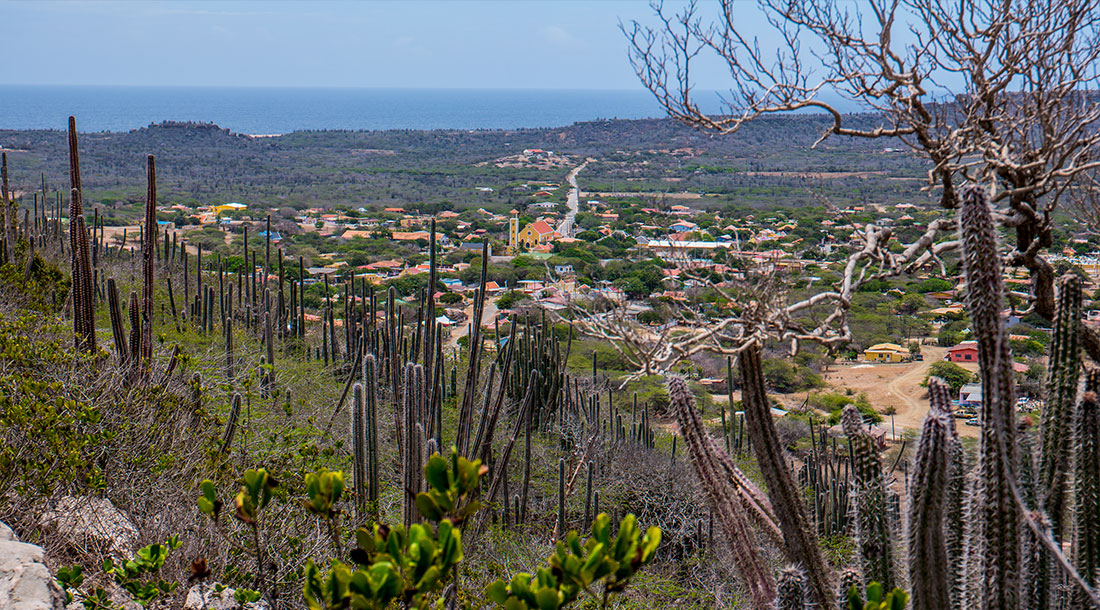 Rincon, is the oldest village in continual existence in the Dutch Caribbean.

It was stablished by the spanish at the beginning of the 16th century but in fact, the Arawak indians had already used the valley for one of their settlements before the Spanish arrived on the island,.

When the dutch arrived, they continued using this area as settlement, and today around 2000 people still live in this fertile valley, bathed by the gentle breeze that comes from the ocean.

Rincon is very active in keeping its past history and culture alive. In fact here you can find Mangazina di Rei, the second oldest building of Bonaire built between 1799 and 1824. The Mangazina di Rei (king’s Warehouse) was used to store provisions, and this is the place the slaves would go on the weekends to receive their allowances of food and clothes.

When you enter Rincon, you will see a lot of small colourful houses and right in the middle the Catholic Church, as a result of the spanish influence until recently most of the Bonaireans have been catholic, although during the past century other religions have come to Bonaire too.

Rincon has also one of the greatest restaurants to taste local food, Rose-Inn.   A nice little place with authentic island vibe and a tasty menu that consists of goat stew, beef stew, chicken stew or fish, it is original, good and cooked the island way!

When you head to Washington Slagbaai National Park, you have to pass by Rincon, so don’t miss this picturesque town while you are in Bonaire!

GET IN TOUCH with Bonaire Tours & Vacations

Welcome to Bonaire Tours and Vacations

Imagine an unhurried place with unspoiled sites and unforgettable people & charm. This is Bonaire and this little paradise awaits every visitor with endless possibilities of land & sea activities.

Feel, smell & taste the kaleidoscope of cultures that has shaped Bonaire’s history for hundreds of years. Listen to the sweet sounds of Papiamento, the local language and enjoy local stobas (stews) while sipping a cold drink. Stare at the starry filled nights while the warm ocean breeze comforts your skin. Let us show you the magic of Bonaire.

We are all your vacation needs…